I’m writing this on my Windows machine, because upgrading my Ubuntu laptop to 11.10 has resulted in it becoming nonfunctional.

The upgrade process from 11.04 to 11.10 (Oneiric Ocelot) was itself straightforward and did not have any problems. Unfortunately, some of the apps I use were dropped (specifically: tsclient, workrave, and timer-applet).

Timer-applet exists in the “universe” repository, but depends on a package that doesn’t exist (oops) so I installed the alarm-clock-applet package instead. Not as simple, but it works.

Tsclient was the only remote desktop client that consistently worked on the wide variety of (often poorly-made) VNC and RDP servers I connect to. Hopefully one of the other popular apps will work just as well now.

Workrave can be recompiled from the source code available on their website.

The first oddity was that my computer couldn’t connect via wifi. The boot screen said “can’t make network connection”, timed out after 60 seconds, then tried again. After 2 minutes, I got to the login screen. Wifi continues to be inoperable in the console.

The first obvious change with 11.10 is that there is no “Gnome Classic” option anymore. Because of Unity’s initial bugginess, I decided to continue using the Gnome desktop after I upgraded to 11.04. Gnome Classic was removed in 11.10, so I thought I would try out Unity and see if I could use it as my main desktop manager now.

Unfortunately, I couldn’t login at all. Logging in merely took me back to the login screen. Apparently you have to manually remove .Xauthority files. I don’t know if this is mainly a problem with those who used Gnome Classic, but it seems to be fairly common, and would have been nice for the upgrade to do this automatically. There is no indication or error message to tell users what the problem is.

So I managed to login to Unity, and played around a bit. Wifi was re-established by typing in the WPA password again. For some reason, upgrading to 11.10 requires reconfiguration of all your Gnome applets (even in Gnome Classic).

Unity still didn’t have all my applet items, so I thought I would install the Gnome desktop and work in that until I had more time to play around and setup Unity.

I couldn’t install the “gnome” package right away. It requires Evolution, and Evolution couldn’t be installed because of “unresolvable dependencies”. Turns out I had to manually upgrade the “evolution-common” package first. I’m not sure why that couldn’t be done automatically.

Anyway, after installing Gnome, I logged in. Everything was a ugly as sin. My desktop wallpaper was gone, showing just a black background. The windows were ugly, and the main menu and panels were missing. 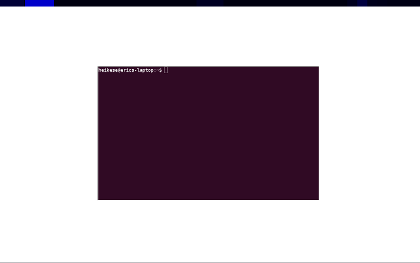 Logging into and out of Gnome was also really slow (~30 second delay).

Using the “Gnome Classic” option brings back menus and applets, but it’s still ugly. There’s no Settings menu, and it was still slow logging out (but faster when logging in).

I have heard good things about xfce, especially as an alternative to Unity and Gnome3. I installed that, plus xfce4-goodies and other recommended packages. XFCE isn’t as pretty as Gnome or Unity, but it was very close to Gnome Classic in terms of desktop functionality.

XFCE also doesn’t seem to play nice with the proprietary Nvidia driver. The X configuration that designates my external monitor as the primary screen is ignored.

I’m not familiar with XFCE either, so I don’t know how to add apps to the dock, for example. Also, the accessibility apps that are installed (screen reader, on-screen keyboard, and something called “Caribou”), but that I don’t use, are started every time I login.

Now that I was running in XFCE, I took a look at the programs I use every day.

Right away I noticed that keyboard shortcuts have changed in Thunderbird. To check all mail accounts now, you use Shift-F5 instead of Ctrl-Shift-T, I guess to be closer to Firefox’s “refresh” shortcut. Clicking on any link in a message also opens a new Firefox-like tab in Thunderbird, rather than using your default web browser.

One snag was that TweetDeck wouldn’t run. Luckily, it tells you that Adobe AIR uses the Gnome keyring (or KWallet, if you use KDE ) for storage. Installing the “xfce4-session” package and then choosing “Launch GNOME services on startup” from the Settings->Session and Startup menu will fix this. Running Gnome services also adds all of your applet stuff from Gnome.

Unity’s new Software Center is pretty, but horrible to use. The back/forward buttons don’t remember your state, searches don’t return all matches, and you have to click on an app to see the package name. I’ll be sticking with Synaptic and the command line in the foreseeable future.

Unfortunately, all Gnome-related stuff is really slow. The gksu utility just hangs for about 10 seconds, with no indication that it is working. It also seems that sometimes key presses and mouse clicks are completely ignored, but there is no “busy” mouse icon or indicator that anything is happening.

From Mess to Worst

Moving to XFCE and including Gnome services is a fairly big mess of a hybrid. Some apps and services overlap, causing conflicts or duplicate functionality. Because xfce+Gnome is slow and a mess, I thought I’d try Unity, since it’s supposedly better now.

I had begun the day with a USB mouse and keyboard plugged into my laptop. When I arrived back home, I was surprised to find that much of what was working earlier no longer worked.

First, there was no wifi connection, or even a network icon in the panel. That’s okay, let’s just check the Settings panel. Oops, it’s not in the Unity dashboard anywhere. That’s fine, let’s use the dashboard to search for… “settngs”? Half of the laptop keyboard, the portion shared by the keypad, doesn’t work at all! What?!? In addition, all of the applets (like the user switcher) either don’t work all the time, or my touchpad wasn’t working all the time (guessing the latter).

Unity being a failure, I decided to go back to XFCE. But, if you log into Unity, there is no way to logout and use a different window manager, short of restarting the computer — selecting any other option from the login menu is ignored, taking me back to Unity. Adding insult to injury, the “Shutdown” and “Restart” options on the login screen don’t do anything.

I had read about issues with keyboard drivers in reviews, but I thought, “That’s a small minority; surely my laptop built for Ubuntu will work fine.” Nope. There are hundreds of posts on the web from people with non-working keyboards and trackpads, across a wide variety of manufacturers. It makes me wonder if they actually tested this release on more than 5 machines.

After rebooting, I was able to get back into XFCE, but now the title bars are missing from all windows, the panel (with the menu and applets) is completely gone, and no part of the keyboard works! (Alt-Ctrl-F1 gets me to console, but keypad still doesn’t work, so I can’t login as “root” or anyone else.)

Don’t upgrade Ubuntu to 11.10, or any of its distribution upgrades. Do a clean install. If you’re buying a new computer or reinstalling from scratch, it will probably work fine for the next 6 months. (I haven’t had any problems with non-desktop Ubuntu servers.)

Of course, if Ubuntu is not upgradable, why use it at all? Ubuntu is no longer one of the leading distros for the Linux desktop. Instead, it’s a broken, buggy mess. If you like the power of Linux, use a different distro or skip the desktop entirely. If you like the prettiness of Unity, buy a Mac.

So, apparently the screensaver app that XFCE uses (XScreenSaver) completely messes up X when activated. So if I ignore XFCE, I can use Gnome Classic now. Apparently the kinks from the first boot after the upgrade have worked themselves out, since it’s decent-looking again, and not as slow either. Some of the past usability has been removed with the Unity changes, and the menu now does this goofy thing where you have to keep the mouse button depressed to navigate it, but overall it’s the same as before.

In XFCE, the title bars are still gone and the panel is still messed up. Unity is still inescapable once you enter it, and the “Shutdown” and “Restart” options on the login screen still don’t do anything. I’ll tentatively use Gnome Classic for now, and periodically check to see if Unity or Gnome3 reach a working condition.

Still having trouble connecting to wifi networks. The upgrade reinstalls the network-manager package, which is a perennial pain in the ass for those of us using the better wicd. Unfortunately, in 11.10 you can’t uninstall the network-manager package — the Gnome desktop itself depends on it (and the applet) for some reason. So I can either uninstall wicd and connect to wifi (through the command line trickery — the built-in applet doesn’t work in Gnome Classic), or keep wicd but only connect to wifi on a sporadic basis.

One Response to Upgrading to Ubuntu 11.10