Posted on August 22, 2011
2011 marks the 20th anniversary of the Linux operating system. The Linux Foundation and other groups have been gathering stories from Linux gurus. I’ve been using Linux for about 15 years, but I came upon it gradually.

And So It Begins…

In the 90s, I was pretty much a Windows/DOS user. Because I was a teenager, the computer was used mainly for gaming and programming, with some web surfing and schoolwork thrown in for good measure.

One day I was shopping in Borders, when I came across this box prominently displayed: 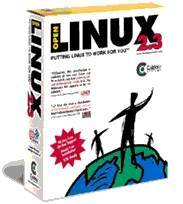 It was very much an impulse purchase — I was interested in everything related to computers back then, and I believe the price was relatively low (especially compared to other operating systems and software).

I hadn’t heard of Linux before then. I doubt I was even aware that the CDs in the box were a complete operating system and software distribution — to me, it was just another thing to install and explore.

In retrospect, this may have been one of the better first attempts at the “Linux desktop”. Caldera did a good job of trying to make installation easy — it had a graphical installer, something that Windows didn’t have. It also came with a nice manual. Unfortunately, I didn’t get very far. There may have been a hardware issue, or maybe I had trouble partitioning the hard drive. At any rate, I quickly gave up, packed up the box, and forgot about it.

Thrown Into The Deep End

As is typical in the real world, I was thrown into a couple situations that forced hands-on work with the mostly-unknown technology.

One of our computer labs at college had Linux+KDE machines. It was used for multiple courses and was available for general use. I used it most heavily in the Parallel Processing course, where all the machines were networked into an MPICH cluster. But I didn’t take the time to learn any more than the basic commands that were required for the current project. A few things do stick out in my memory: the idea of user folders (something that didn’t exist in Windows 98 and Mac OS 8), the tar command, and Ctrl-C for something other than copying text. 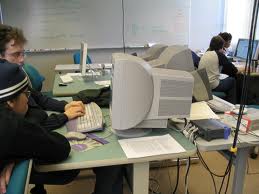 In my junior year, I got an internship at Honeywell Labs. This was my first work experience at a tech company. I was surprised to find out that all the engineers used Unix for their work. So my first week was a crash course in the Unix command line — not strictly Linux, but close enough that it was my first formal training in the *nix environment. I wish I could remember how I actually learned the system. I think my supervisor showed me a few commands and told me to man everything else. I probably gleaned info from other references, manuals, and websites that I could find. 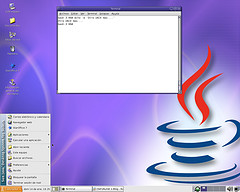 Most of Honeywell's computers were Windows with Unix terminal access, but I remember a few Solaris machines.

A Linux Enthusiast Is Born

At this point, I had the essential knowledge of the Linux system, but I didn’t know how to apply it well. Those skills began in 2003, when I took a job at ArrowQuick Solutions.

Most of my growth and experience with *nix in the last 8 years can be attributed to multiple factors:

Back To The Present

Today I have Ubuntu (classic Gnome desktop) on my work laptop, with a Windows 7 PC at home. 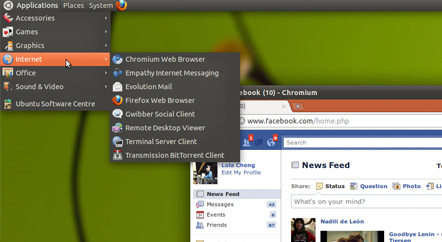 Ten years ago, I had no idea what “open source” meant. Of course, as you work in Linux, you naturally learn about FOSS and the communities around it. As a web and software developer, free and open source software has helped me immeasurably.

With broadband and live CDs, you can download a promising distribution and run it on your current computer without messing up your existing files. Linux has its downsides, but for most office workers and casual users, it easily stands toe-to-toe with Windows and OS X. Try it out, and have fun!

One Response to Linux Turns 20: A Personal Reflection