Evolution of a Work Laptop

This is sort of a sequel or companion to my previous article, Linux Turns 20: A Personal Reflection. It’s been a couple years since I switched to Debian, so I felt reflective about how I got here. 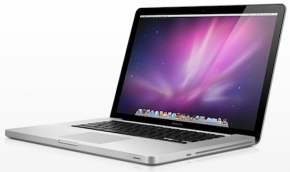 I’ve been using a laptop for work since around 2006. Previously I used a G3 or G4 tower Mac, so a MacBook Pro was a natural successor. I used it for a couple years, but there were a few problems:

The MacBook finally got too excruciating to use. By this time Ubuntu had established itself as a solid, easy-to-use Linux distribution. I was the perfect candidate for moving to the Linux desktop:

Unix/Linux is hands-down the best environment for development. They have a developer focus, and are filled with fast, useful apps.

The first Linux laptop I had was a ThinkPad. It was a hand-me-down that had Ubuntu installed by our IT techs. It worked decently, but the ThinkPad’s special hardware extras weren’t entirely supported, and the Ubuntu install may have had a few issues. I quickly moved to a System76 laptop.

Linux vendors like System76 are nice because they pre-install Ubuntu and make sure it works with the hardware — one of the pain points when installing Linux on a new machine. They also provide a software package repository specifically for your laptop model — though it may not be updated as long as you like. Pre-install vendors like this may be a good way to get a Linux laptop without the headache of setting it up.

Unfortunately, although Ubuntu is easy to install and use, it is incredibly unstable. With each release (every six months), the underlying software can (and does) change radically. Because of this, each distribution upgrade is an exercise in frustration — you’re better off just reinstalling from scratch.

Of course, that doesn’t fix the problem of the app suite changing with every release. Did you like that music player and add your MP3s to its library? Too bad, it’s gone now — not just deprecated or demoted to an alternative, but actually removed from the software repository. This has happened multiple times, in multiple releases (see: Banshee/Totem/Rhythmbox, ALSA/PulseAudio/OSS, etc). I know that open source projects often lose maintainers, but I was getting whiplash from the amount of software that changed with each release.

(Note that I’m talking about Ubuntu Desktop here — the Server version is much more stable because it doesn’t have all the consumer apps and the desktop software, where most of the volatility is.)

It doesn’t help that releases are often marked by sweeping changes to the underlying software as well. Everyone knows about the uproar with the Unity desktop — it took a couple releases before Unity was even usable. Many of these changes were half-baked and haphazard, breaking basic things like window rendering and management. It’s just a mess, and given Canonical’s new focus on tablet/touch devices, the standard desktop/laptop user is pretty much ignored. Their focus now seems to be making stuff pretty rather than functional — not unlike Apple’s business strategy.

Lately the devs have been working on Mir, a replacement for the Xorg system. This has generated its own controversy, and given their track record and the fact that they are building it from scratch, I’m betting that it will be quite broken when released. 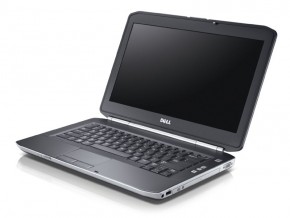 So, my System76 laptop was getting old, and the battery no longer worked, so I was looking for a new laptop. I ended up getting a refurbished Dell Latitude. The price was good, and it came with good, supported hardware that you expect from a major manufacturer:

There are only two obvious downsides from a hardware perspective:

I wanted to install Linux on my new Dell, but I didn’t want to use Ubuntu. Luckily, Ubuntu is based on the Debian distribution, so after some research and playing around with it, I settled on Debian’s testing (aka Jessie) branch. I’ve been very happy with it since.

Debian has multiple branches. For me, the “stable” branch was too conservative; its software is too out-of-date for me to work with. It probably would work for systems that need solid stability and long-term updates. The other branch is “unstable”. Things break when using this branch, which is more pain than I want for a nice work/personal computer. If I do want bleeding edge for a piece of software, then I can always install the latest version from the source.

The testing branch is what I would recommend to anyone using Debian for the first time. It is the closest branch to Ubuntu’s packages. Seldom does stuff break when updating system and software. If something does break:

In the 2½ years that I’ve been using Debian Testing, I can count on one hand the number of problems I’ve had to research and manually fix. Like Apple’s bloated OSX built on top of a broken Unix, Ubuntu is just a bloated mess built on top of the best OS/distribution I’ve ever used. Use Debian with your choice of desktop environment (I’ve become accustomed to Gnome 3, but LXDE is a nice alternative that looks similar to Windows and Gnome 2) for the most productive developer experience I’ve ever had.